Caulbridge School recognizes the pressing need to build a strong foundation that naturally supports child development and learning. We work balance a child’s sensory-motor, social-emotional and academic development, as skipping over any of these distinct areas will have consequences as your child moves through his/her school years.

Our faculty team has extensive training and expertise in: 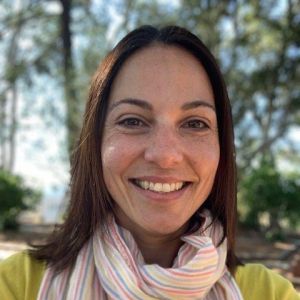 Ms. Nadelberg holds a Bachelor and Master of Arts degree in Education and Child Study and a Multiple Subject Teaching Credential, along with a Cross Cultural, Language and Academic Development Certification. She has continued her professional development with the Project Zero Classroom at Harvard University Graduate School of Education, California Early Literacy Learning Program, Visual Arts and The Project Approach at Museum of Children’s Art, and the Poetry Residency Education Project at University of San Francisco. For twelve years Regan taught Kindergarten or First Grade in a variety of public, alternative and charter school settings. She took a break to be home with her own children, then returned to the classroom in 2019. When Regan is not teaching, she enjoys the arts, reading and time in nature. 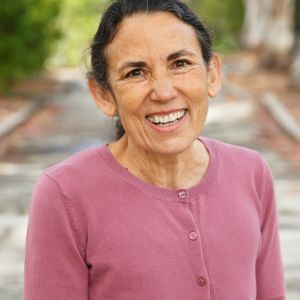 Ms. Faville studied Early Childhood Education at College of Marin and has spent more than 30 years teaching preschool and kindergarten. Beyond the early childhood years, Nettie has extensive experience teaching and developing curriculum for older students that support children in academics, creative arts and social skills. Ms. Faville was the owner and program director of Kinder Nest, a private on-campus aftercare program serving 90 families with children aged kindergarten through fifth grade. As a lifelong educator, she is always contributing to the well-being of children and providing a developmentally appropriate environment that allows each child to succeed. 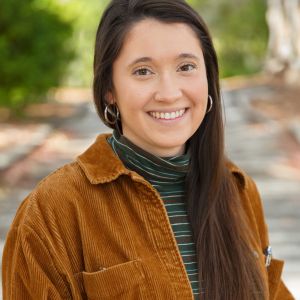 Ms. Echevarria holds a Bachelor of Science in Interdisciplinary Studies: Elementary Education from Texas A&M University, along with her English as a Second Language Supplemental Certification. Haley has taught grades 1 through 4 in public school environments, as well as served as the Cohort Lead/Historian for Mexico Global Outreach, and the Curriculum Director/Vice President of Aggies Read at Texas A&M. Ms. Echevarria has recently moved to the North Bay where she enjoys the beautiful weather, nature and the plentiful cultural offerings in the area. 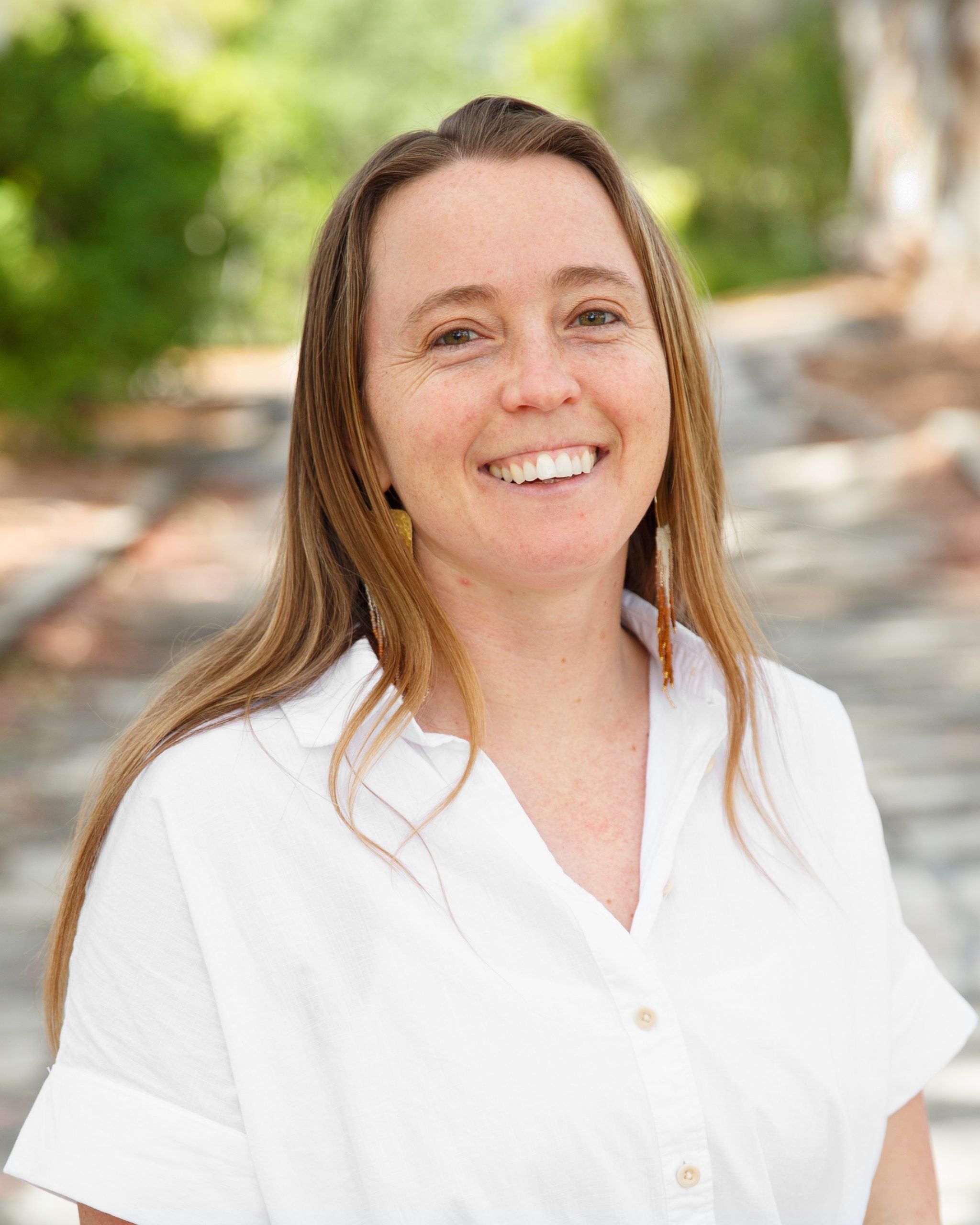 Catherine Cresalia holds a degree from California Polytechnic State University where she majored in Recreation, Parks and Tourism Administration and raced in the 2010 Collegiate Mountain Bike Nationals for Cal Poly! Ms. Cresalia has studied Universal Design for Learning methodology and the Making Math Real curriculum, has worked as a baker, crab boat deckhand and operations officer for food and environmental non-profits before coming to teaching. Catherine is a nature enthusiast, loves to cook and bake, is currently writing a book for highly sensitive children and is learning to play the mandolin. 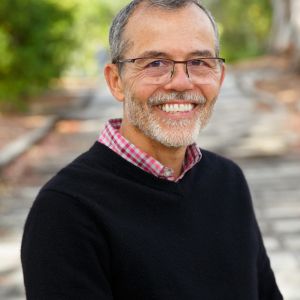 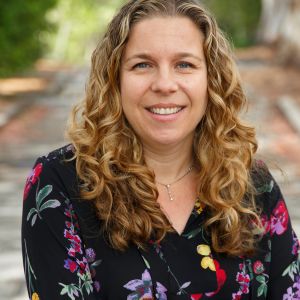 Ms. Becker holds a Bachelor of Arts in Economics, and a Master of Arts degree in both Teaching, and Library and Information Sciences. She holds a single subject credential in Biology, and Cross-cultural, Language, and Academic Development. Jessica presented at The Future of Media in Children’s Education at Stanford, has worked as middle school librarian and STEM technology teacher in elementary and middle school grades. She has been a Middle School Science teacher, as well as curriculum design inclusive of all learners. Jessica enjoys gardening, travel, time in nature, art projects, playing board games and building Legos with her children. 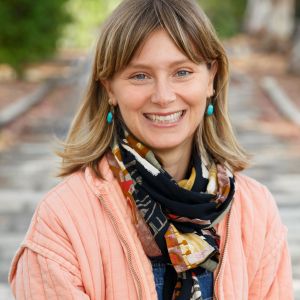 Ms. Laub holds a Bachelor of Arts in English and Comparative Literacy Studies with a Creative Writing Emphasis, along with a Certificate in Sustainable Farming from the University of Vermont Farmer Program. Arielle has worked as an elementary school reading and writing teacher, a tutor for students elementary through high school with special learning needs and a communications manager for a theatre group before coming to her love of farming and gardening. She is experienced with diversified vegetable farming, organic soil fertility management, soil testing and crop rotation, composting, native planting, greenhouse management and CSA management. Ari has taught garden to table cooking programs and gardening in several residential and school programs. When not teaching, Ari can be found digging in the dirt! 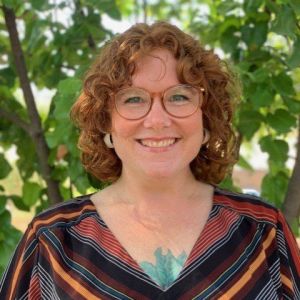 Bridgette Turner, Handwork Teacher Ms. Turner is a professional weaver with over ten years experience in fiber processing, the fleece to garment cycle, growing and using dye plants and many forms of handcraft. Bridgette started her own fashion brand that creates 100% handwoven and handmade apparel from upcycled natural fibers. Bridgette has worked as a site manager of a farming operation in Oregon, and as personal support worker assisting children and adults with intellectual disabilities. Bridgette enjoys cooking, hiking and all things fiber. 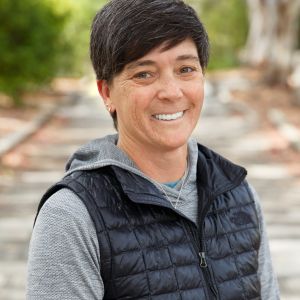 Mr. Gulick holds a Bachelor of Science degree in Kinesiology with a concentration in Physical Education) from Sonoma State University, and CBEST Certified California Basic Education Skills Test (Math, English, and Writing), along with a California Youth Soccer Organization National ‘D’ Coaching Certificate, a ITTF Level 1 Certified Coach with the International Table Tennis Federation. Alan has taught PE in grades K-5, facilitated Ropes Course, and coached K-12 soccer, badminton, and table tennis. In addition to coaching and teaching, he has USATT Master Level Rating and worked as a Professional ping pong player putting on exhibition matches, tournaments and for kids or corporate events. Alan lives with his family in a rural setting where he built their home and among the latest sports he enjoys are fishing and dirt bikes. 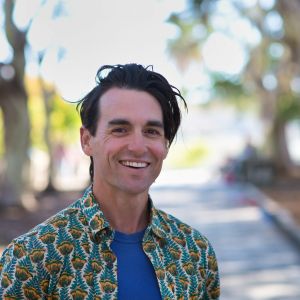 Mr. Degiulio holds a Master of Fine Arts Degree from UC Berkeley, and a Bachelor of Fine Arts from the Minneapolis College of Art & Design. Lucas has taught art, environmental sciences, games/movement for children in Kindergarten through Middle School. He has served as a travel guide and lead expeditions to national parks, historical sites, organic farms and natural landmarks through the country. In addition to teaching studio art, Mr. Degiulio is an accomplished artist himself, winning the Headlands Center for the Arts 2017-18 Tournesol Award which recognizes one local painter each year in the Bay Area. Lucas enjoys backpacking, hiking, nature, and the arts. 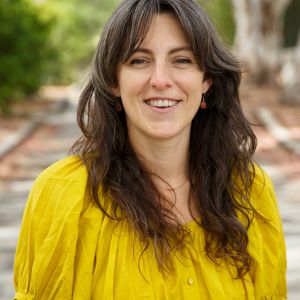 Dr. Morsella is a Professor of Neuroscience at San Francisco State University and Assistant Adjunct Professor in the Department of Neurology at the University of California, San Francisco. A theoretician and experimentalist in neuroscience, Ezequiel Morsella received his Ph.D. at Columbia University (2002) and carried out his postdoctoral training (2003 – 2007) at Yale University. Dr. Morsella is the lead author of Oxford Handbook of Human Action. His research has appeared in journals such as Psychological Review, Behavioral and Brain Sciences, Perspectives on Psychological Science, Neurocase, Consciousness and Cognition, Experimental Brain Research, and Journal of Experimental Psychology: Learning, Memory, and Cognition. He has served as an editorial reviewer for many journals, including Science, Behavioral and Brain Sciences, Journal of Cognitive Neuroscience, Psychological Review; Cognition, Emotion, and Journal of Experimental Psychology. Dr. Morsella also writes a neuroscience blog, Consciousness and the Brain. His theory has appeared in Psychological Review and Behavioral and Brain Sciences. Since his pre-college days, he has been focusing on the contrast between the conscious (e.g., urges and voluntary action) and unconscious brain mechanisms in human action control. 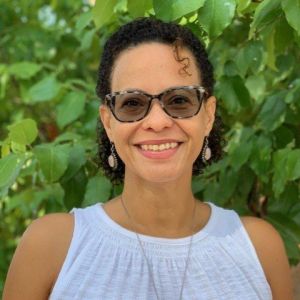 Ms. Mercado holds a Bachelor’s degree in Education from New York University and Master of Science degree in Leadership from Bank Street College of Education in New York. She taught Math, English, Algebra, Study Skills and been a Resource Teacher across the elementary grades, middle school and through high school. Denise has successfully developed and directed a high school summer institute at Middlesex Community College as well as created numerous math and English tutoring and academic coaching programs and SSAT and SAT math prep classes. Denise is fluent in French and Spanish and has enjoyed teaching and living abroad, where she taught math and English in Paris. Author of a children book, Shumlors: A book about Shapes, Numbers and Colors, Denise also enjoys dance, event planning and is a master organizer! 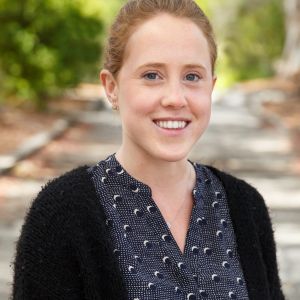 Ms. DeFazio holds a Bachelor of Arts degree in International Studies and Environmental Development She has been a Humanities Teacher, Nature Educator and worked with visiting student groups in artistic workshops at the Museo d’Arte Moderna, in Bologna, Italy. While in Italy, Elise has produced a documentary on immigration in Europe for a Video Production and Human Rights program. She also explored history through film, working as an archivist to compile and edit old film reels. Elise enjoys the arts, nature, farming and gardening. 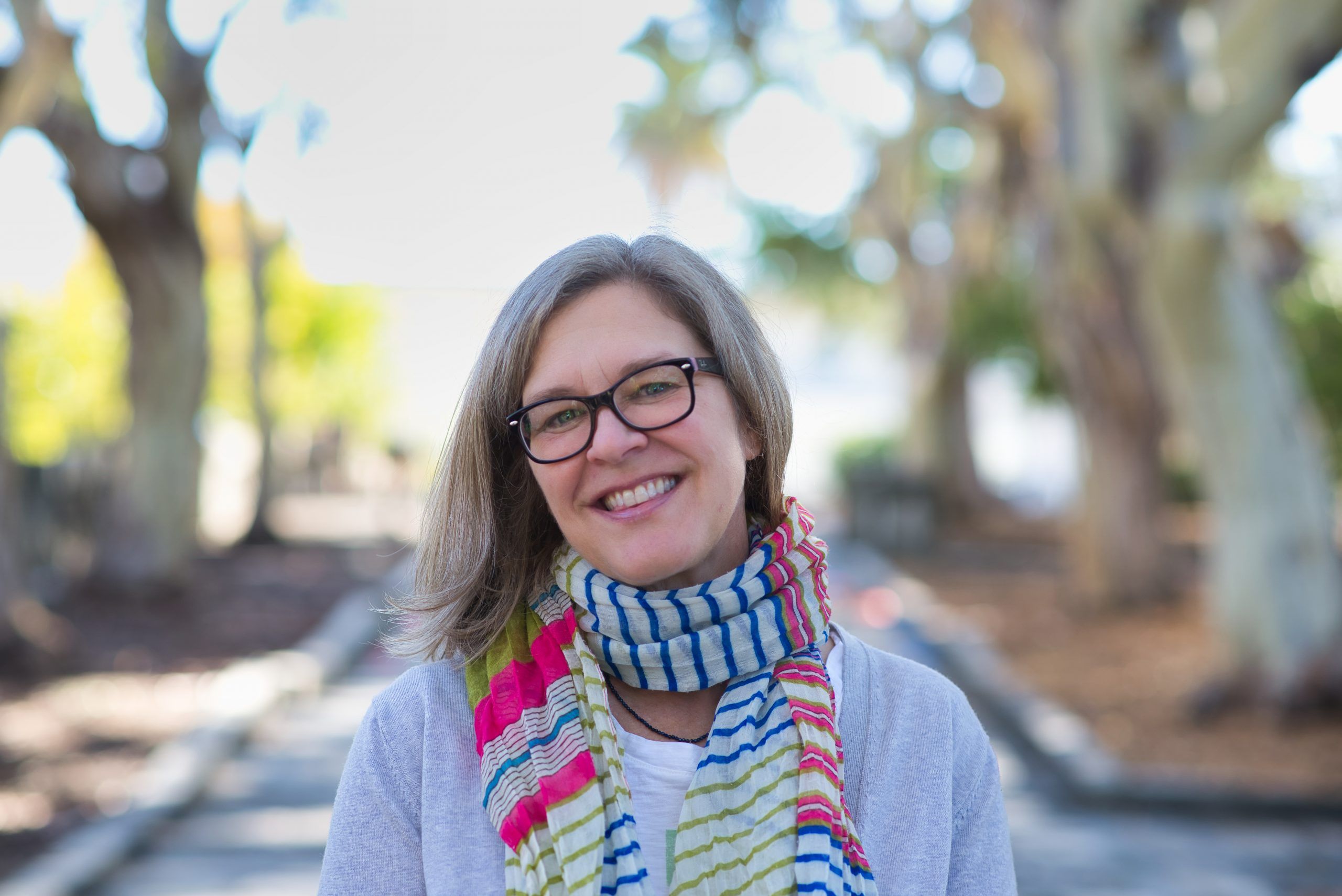 Ms. Urban holds a Bachelor of Fine Arts and worked in communications, marketing, and event production in the business world before coming to education through children’s literature nearly 10 years ago.  First producing book fairs for her daughters’ elementary school as a volunteer, and then professionally producing book fairs for Book Passage, Reily discovered her passion for teaching young students about the world by sharing and reading books together.  While working as a public school librarian, Reily revitalized a 12,000+ book collection by bringing in leveled nonfiction series, quality fiction, and biographies galore.  Her specialty is finding the right book to hook those reluctant readers!  When not reading, Reily enjoys British mysteries on PBS and playing board games with her family.

Ms. Aotani holds a Bachelor of Arts degree in Art History, has received the Mary Laughlin Beardmore Award and studied graphic design at the Art Center College of Design in Pasadena. Dawn worked in the admissions office at a private school, and as a senior producer responsible for media, corporate presentations, new technology, content programs and advertising. She researched and wrote scripts, oversaw graphics, sound design, post-production and editorial work. Ms. Aotani has spent countless hours volunteering in children’s libraries and theater as well as assisting teachers in classrooms. 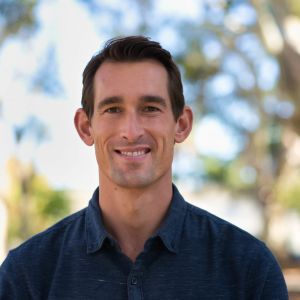 Bringing over 16 years of education and training in the mental health field, Dr. Rubinstein has been dedicated to learning the most effective approaches for helping children, adolescents, and families get the support they need to overcome challenges and thrive. Dr. Rubinstein received his doctorate in clinical psychology from the California Institute of Integral Studies, a holistic practice-focused program that combines the latest scientific research with the world’s great wisdom traditions. He has worked as an autism clinician and researcher, a therapist at San Rafael High School, and has provided therapy and psycho-educational assessments at three community mental health clinics in San Francisco. Dr. Rubinstein has also published research on the development and implementation of school-based social clubs for kids on the autism spectrum, animal-assisted group therapy for adults, and his doctoral thesis was on the benefits of learning and practicing mindfulness for adolescents. Outside his role as a psychologist, Dr. Rubinstein has worked as a youth mentor, camp counselor, and has been an active volunteer in Spirit Rock Meditation Center’s family program. He also enjoys photography and being in the great outdoors rock climbing, camping, hiking, and skiing.

Sign up to receive Caulbridge School News and Announcements